by Nick Grey & The Random Orchestra 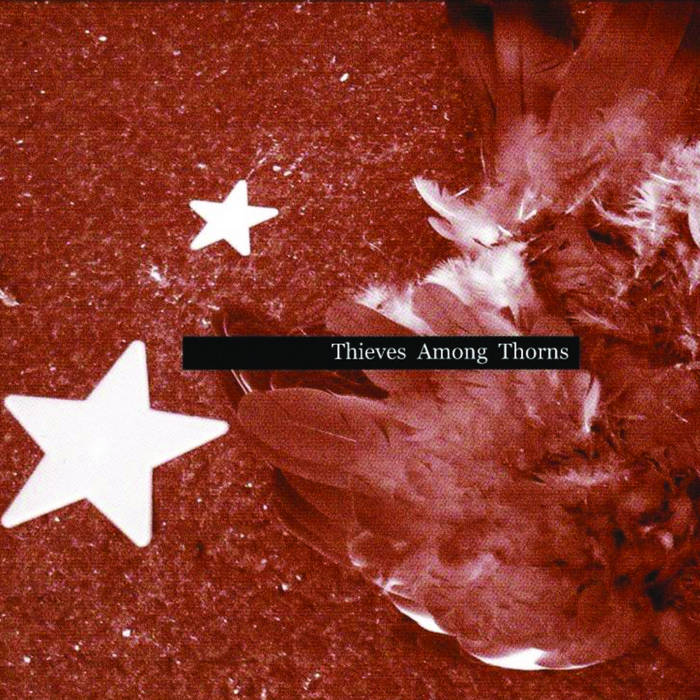 Remastered in 2016 by Peter James to celebrate the record's ten year anniversary.


"There’s a place in the heart of almost every Englishman between the age of 40 and 70 that exists in the rarely used front parlour of his mother or father’s parents’ house, a place where he remembers sitting in school shirt and short trousers enduring what seemed like endless childhood hours self-consciously swinging his legs on an overly-large Victorian settee, his heels occasionally accidentally kicking the velour in an abstracted manner to the obvious displeasure of his father, as both of his parents chatted endlessly to grandma about the weather and Auntie Maggie’s bad back, while a slightly de-tuned radio set in the back room broadcast the kind of Radio 4 drama that was always accompanied by eloquently played but fragmented and tinny schoolroom piano; beyond the net curtain freedom was the stifled chatter of children and cars passing silently.

Nick Grey’s new album reminds me of those days, technically pre-psychedelic but still rather mind manifesting in a too-much-sugary-tea and not-paying-enough-attention-to-the-grown-up-conversation kind of way. THIEVES AMONG THORNS shines in a blissful times-lost-that-never-really-existed manner, its pastoral chords and hymnal air constantly undermined by little Roger in the other room fiddling with some new and too noisy mechanical invention and getting his hand slapped for it by mother. The piano based songs on THIEVES AMONG THORNS all recall tunes I’ve known all my life, yet this collection rings, nay zings with newness. It gleams with a clarity and poetic truth heard only in the work of the most confident of artists. For the lovely genius of this record lies in its adherence to its own metaphor, probably located initially with great effort by the artist but thence defined, executed seemingly effortlessly. On this album, nothing kicks the listeners out of their melancholy for one moment, and I was careful when making tea to select not my usual large Orkney mug depicting heathen temple The Ring Of Brogar and the Viking cathedral of St. Magnus and the Old Man of Hoy, but instead this English Republican chose to drink from a fine china beaker celebrating Queen Elizabeth’s Golden Jubilee presented in 2002 to all the local children by Cherhill Parish Council. For, as I’m always at pains to point out, acceptance of the artist’s own metaphor is essential in order to maximise one’s enjoyment of that art.

There’s little point in describing each song that Nick Grey has brought before us on this exceptional album. Suffice to say, nothing is out of place and nothing stands out except ALL of it, yet it is neither an album of songs nor an album of purely experimental works, the record standing shamanically and entirely successfully at the doorway between both genres just as John Cale’s THE ACADEMY IN PERIL attempted but ultimately failed to do. For whereas Cale was tempted to undermine the pastor within him by adding inappropriate elements that made us not wince perhaps, but most certainly flinch, instead Nick Grey’s masterful acceptance of his own metaphor ensures that - as all has been dedicated to ensuring the completeness of the trip – nothing up-ends the continuity of our listening pleasure. Indeed, this album is one of the most truly ambient records I’ve heard in many a year, and rotating it endlessly can send the listener close to catatonia and nudging sleep.

The preponderance of fizzing technology and cut-ups keeps the record far outside any so-called Keltic zones, placing it firmly in a Germanic realm, as though Grey were sitting at the piano in the sitting room, but hemmed in by a VCS3 synthesizer half-inched from the physics lab by an older brother, as self-animating mechanical toys and half-broken robots interrupt the proceeding from time to time by bursting suddenly in to life. And yet there are no disruptions that shake us too much from Grey’s spell, even the American radio voices are appropriate to the overall downer atmosphere. THIEVES AMONG THORNS sounds most of all as though a thoughtful radio DJ had created a special Sunday afternoon selection made especially to accompany the hours between 2.30-6pm. For this is no midnight album, neither is it an evening album, but invokes that time-honoured Sunday afternoon time-slot after the World War 2 movie but before SONGS OF PRAISE. I know because I’ve played it at all hours of the day and never yet on a Sunday, but the music of THIEVES AMONG THORNS conjures up that ultra specific moment every time and without fail.

If I were to compare this record to others, I should say its pleasure centres would best be paralleled by making up a compilation from any of the less gothic/more rural tracks from Nico’s DESERTSHORE or MARBLE INDEX LPs, ‘Are We Dreaming?’ from Kevin Coyne’s 1978 LP DYNAMITE DAZE, ‘Vowels’ from Ulver’s wonderful A QUICK FIX OF MELANCHOLY E.P., the harmonium-based ‘Window Shopping For A New Crown Of Thorns’ by my own The Teardrop Explodes, almost anything from David Wrench’s epic and criminally underrated LP BLOW WINDS BLOW, Armand Schaubroeuk’s exquisite version of ‘Auld Lang Syne’, most anything from the out-of-character Cale-obsessed fourth album of Japanese band Overhang Party , several of the piano based Residents tunes that appeared on NOT AVAILABLE, moments of NEU 75 and large chunks of Cluster’s SOWIESOSO. Luckily, however, that compilation is unnecessary because Nick Grey’s new album reaches all of the above and much more.
For foreign listeners, I would recommend THIEVES AMONG THORNS if you wish to know what was the essence of the post war English living room. For it is not the self-regarding too-drum heavy jangle pop of the perpetually mournful Morrissey and The Smiths, nor is it the wonderful but too dark northern Englishness of Joy Division, rather it is the slightly out of reach simultaneous ebbing and flowing of joy at what we once had tempered by gentle grief at what we’ve lost. For the Englishman does not, I believe, really wish to kill himself, nor does he wish to kill others. Like this fabulous record of Nick Grey’s, the Englishman probably most wants just to be left alone and… well, to contemplate his own inevitable death whilst fiddling with his own stuff in a shed or back room filled with meaningful artefacts accumulated over his life, and with enough light to see properly and, of course, a brew."

Nick Grey has been releasing experimental yet highly emotional music since 2002. His songs are an expressive, soulful blend of torpid acoustic arrangements and unpredictable electronics, underlined by melancholic and often ironic lyrics.
“Eccentric and highly literary” - The Wire. ... more

Bandcamp Daily  your guide to the world of Bandcamp

Featuring appearances from Kari Faux, Bluestaeb and and interview with NY-bred artist Wiki